This will be a rather interesting thing for Naomi Klein to have to confront, won’t it? For she has told us – proven to her fans – that all this use of fossil fuels is just a capitalist imposition. What we the peeps all want is to have that clean’n’green intermittent stuff instead. We’d have it too if it weren’t for the pigdogs oppressing us.

At which point her fellow Canadians pick up on those gilets jaunes protests in France and start to have convoys and protests in favour of fossil fuels and against carbon taxes. Wonder how long it will be before Naomi argues for electing another people?

ellow Vest protests took to communities throughout southern Saskatchewan on Saturday, to oppose many of the federal government’s policies. The demonstrations that began in France to protest President Emanuel Macron’s green tax, has moved into Canada over the last few weeks to take on the federal government’s carbon tax. Protests were held in Estevan, Regina and Yorkton on Saturday, to support pipelines and the energy sector, and oppose a number of other policies.

427 trucks isn’t exactly an uprising but it’s not chopped liver either.

Convoys of trucks rolled slowly through Alberta and Saskatchewan on Saturday as demonstrations in support of Canada’s ailing oil and gas sector continue. Police in Medicine Hat, Alta., estimate that 650 vehicles took part in a convoy that began on the Trans-Canada Highway east of the city and continued west to weigh scales before turning around and dispersing.

Other recent rallies, including a large one in Calgary on Monday, have targeted federal actions that critics say will make building pipelines more difficult. They include Bill C-69 to revamp the National Energy Board and Bill C-48 which would ban oil tanker traffic on British Columbia’s northern coast. Supporters of Saturday’s convoys lined the streets in both cities. Most of the signs they held had messages calling for pipeline construction, an end to carbon taxes and the defeat of Prime Minister Justin Trudeau.

As ever, such protests are down to specific issues, people don’t come out to protest on a hang all the pigs in government basis. We’d never do anything else if we did.

The underlying point here is that Western Canada is currently the cheapest place on the planet to buy crude oil. The reason for that being that there’s no interesting way of getting the stuff out. Thus Ricardo is into play – sure, the price of a tradeable should be the same everywhere, but it’s the thing plus transport costs which should be. That’s why the protests support pipelines. That would bring the local crude up to global prices and thus increase activity and investment in producing that local crude. They’re arguing that the government should licence more pipelines so that they may be richer that is. And when it’s put that way, why are those elected deliberately conspiring to make them poorer than they need be?

There’s No Insulating Against Stupidity

According To DeSmog Tim Worstall Is A Climate Denier

Official policy in the west appears to be that the more affluent will help mitigate climate change by buying subsidized electric cars (they’ll still own a gas car for longer trips) and subsidized solar panels. The less affluent will help by living their lives in small apartments, paying much higher electricity costs, paying higher fuel taxes, and having fewer job opportunities. It seems there may be some unexpected rough spots to that strategy.

Official policy in the west appears to be that the more affluent will help mitigate climate change by buying subsidized electric cars (they’ll still own a gas car for longer trips) and subsidized solar panels. The less affluent will help by living their lives in small apartments, paying much higher electricity costs, paying higher fuel taxes, and having fewer job opportunities. It seems there may be some unexpected rough spots to that strategy. 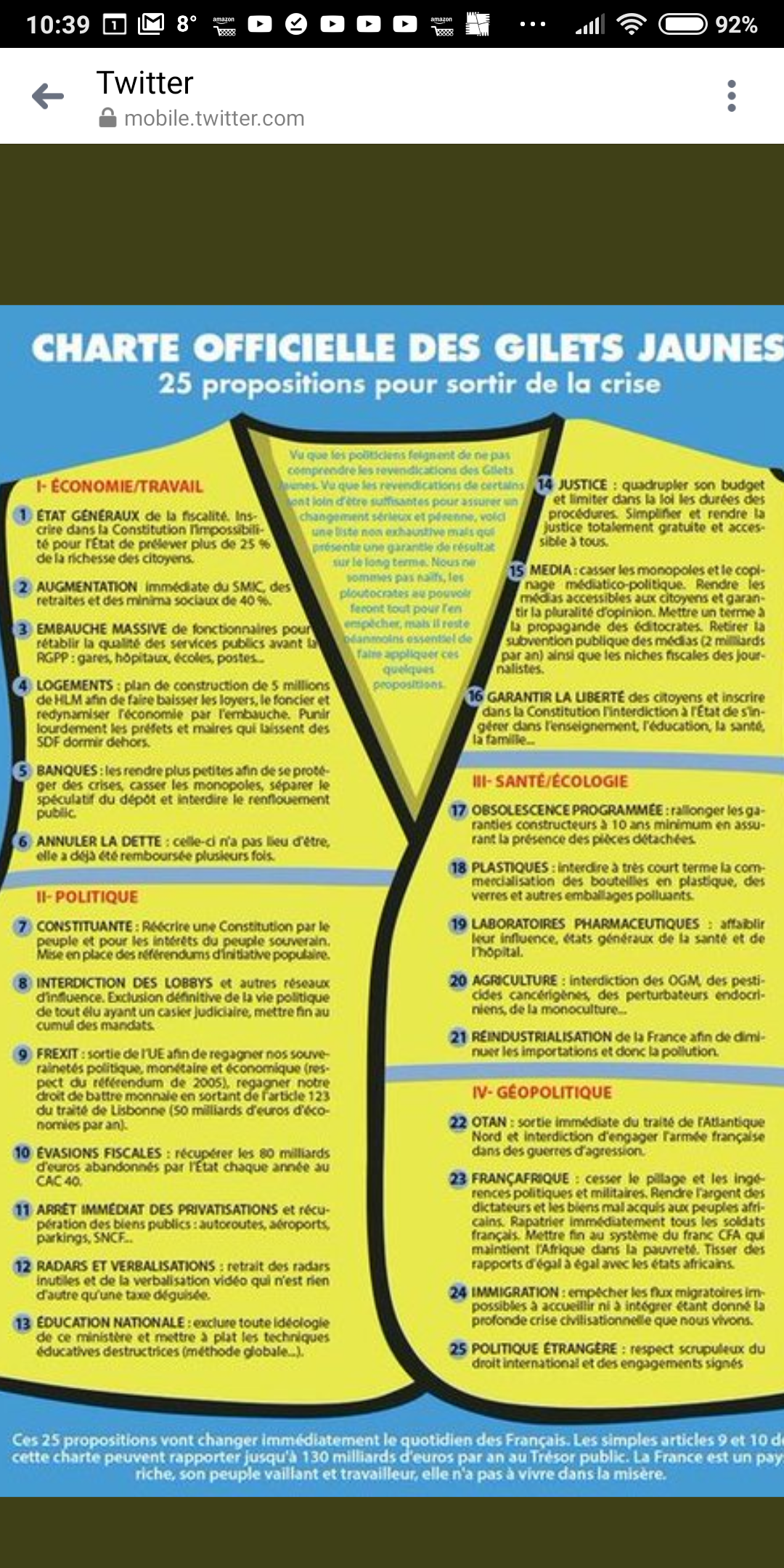