This is a rather good explainer for children about what happens if a country decides it can get richer just by printing a lot more money. Which is, at heart, that modern monetary theory contention, that we can just print lots more money and go buy all the stuff we want. Which isn’t quite how it works out of course. So, the explanation for children, possibly one that’s simple enough for even MMT enthusiasts to grasp it. From The Conversation:

Thanks for the question, Clementine. When a whole country tries to get richer by printing more money, it rarely works. Because if everyone has more money, prices go up instead. And people find they need more and more money to buy the same amount of goods.

This happened recently in Zimbabwe, in Africa, and in Venezuela, in South America, when these countries printed more money to try to make their economies grow.

As the printing presses sped up, prices rose faster, until these countries started to suffer from something called “hyperinflation”. That’s when prices rise by an amazing amount in a year.

When Zimbabwe was hit by hyperinflation, in 2008, prices rose as much as 231,000,000% in a single year. Imagine, a sweet which cost one Zimbabwe dollar before the inflation would have cost 231m Zimbabwean dollars a year later.

This amount of paper would probably be worth more than the banknotes printed on it.

To get richer, a country has to make and sell more things – whether goods or services. This makes it safe to print more money, so that people can buy those extra things.

If a country prints more money without making more things, then prices just go up. For example, think of those special vintage Star Wars toys from the 1970s, which can be worth a lot of money.

No one is making any more of these models. So even if everyone gets more money to spend, it won’t mean that more people can afford to buy them. The sellers will just put the price up. 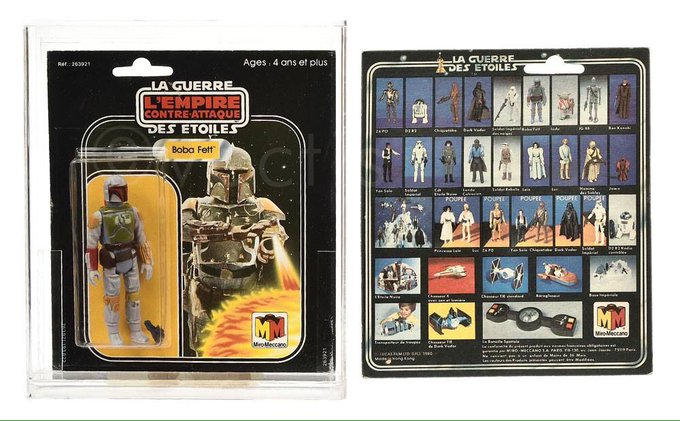 At the moment, there is one country that can get richer by printing more money, and that’s the United States (a country that is already very wealthy).

This is because most of the valuable things that countries around the world buy and sell to one another, including gold and oil, are priced in US dollars.

So, if the US wants to buy more things, it really can just print more dollars. Though if it printed too many, the price of those things in dollars would still go up.

Too much, too fast

Of course, poorer counties can only print their own currency, not US dollars. And if they print a lot more, their prices will go up too fast, and people will stop using that money.

Instead, people will swap goods for other goods, or ask to be paid in US dollars instead. That’s what happened in Zimbabwe and Venezuela, and many other countries that were hit by hyperinflation.

Venezuela tried to protect its people from hyperinflation by passing laws to keep a low price on things people need most, like food and medicines. But that just meant that the shops and pharmacies ran out of those things.

But it’s not true that a country can never get richer by printing money. This can happen, if it doesn’t have enough money to start with. If there’s a shortage of money, businesses can’t sell enough, or pay all their workers. People can’t even borrow money from banks, because they don’t have enough either.

In this case, printing more money lets people spend more, which lets companies produce more, so there are more things to buy as well as more money to buy them with.

In 2008, there was the Global financial crisis, when banks lost a lot of money, and couldn’t let their customers have it. Luckily, most countries have central banks, which help to run the other banks, and they printed extra money to get their economies moving again.

Too little money makes prices fall, which is bad. But printing more money, when there isn’t more production, makes prices rise, which can be just as bad. No wonder economics – the study of money, trade and business – is often called the “dismal science”.

“When a whole country tries to get richer by printing more money, it
rarely works. Because if everyone has more money, prices go up instead.”

So just make it illegal to put prices up. Problem solved. Where’s my Economics Prize?

Your name is Alexandria Ocasio-Cortez, and I claim my £5…..

You win the Hugo Chavez International Prize for Economics.

aand if prices can’t rise then people stop making things, so pass a law to make people make things. Welcome back slavery (or communism as it is usually politely called these days)

Too little money makes prices fall, which is bad. That’s nothing but baseless Keynesian nonsense which is exactly what fuels the lunacy of the MMTers. The market does not fail, the market does not result in mass unemployment and falling prices are a good thing. All that funny money loans and government spending can accomplish is to create an artificial and unsustainable boom which will lead to the inevitable crash. Which, conveniently, the Keynesians will blame on “capitalism”. The crash will result in more funny money loans and government spending to “cure” the problem leading to more inevitable (but preventable)… Read more »

Your comment betrays complete ignorance of the origins, purpose and operations of money.

Utter drivel. MMT does not espouse simply printing unlimited amounts of money. It states that countries with a fiat currency and a central bank do not face financial constraints, they face resource constraints. Pretty simple stuff really, are you being disingenuous or do you simply not understand MMT? Whilst there are idle or under-used resources, a country has more fiscal space that we are led to believe. Indeed, MMT fully acknowledges that inflation is the main consequence of exceeding the productive capacity of a country’s resources. In all quoted examples of hyper-inflation, the countries either had high foreign denominated debt… Read more »

What are you truing to prove Tim? That it is easier to teach a child MMT than you? That you don’t have the reading comprehension of a child? That you get paid to write such completely wrong drivel?

If you actually understood MMT then you would know that it provides one of the best and elegant explanations of the messes that resulted in Venezuela, Zimbabwe and the GFC. Those messes are not arguments against MMT, but supporting evidence of MMT as a realistic macroeconomic framework to help avoid any such equivalent future disasters.

You may want to direct your comments to the author of the article of which this is simply a reprint (as Tim made clear by providing this link, above). It seems to be by Alan Shipman of the Open University.

The essence of modern monetary theory is NOT “printing money will make the nation rich” — what an atrocious straw man.

The essence is this – – real resource constraints (both material and human) are the limitation on the nation’s wealth, not the fisc.

Comment on your last post on MikeNorman, applies here even more: “Tim wrote in his blog post that MMT says “Governments aren’t constrained by not having any money to do good things with, they can just make it and spend it, Yippeee! Tim is dishonest here – he knows every MMT text emphasizes that real resources are the limit, and this is measured by inflation. If a government carries out public projects to the extent the limits of real resources are being reached, it begins to become evident in the price level. At this point the government is constrained and… Read more »

I wonder how many people who post about money and money theories still live with their mom and have no money to their own name.