There are a number of different possible definitions of austerity in the economic sense and the truth is that the UK does not enjoy nor suffer any of them. This isn’t quite what we get told but then that’s just the whining of people complaining that the money isn’t being spent upon them or their own voting blocs. British politics just does make a great deal more sense if we are appropriately cynical about it all.

One meaning of austerity is the purely economic one. That the economy is in some form of doldrum, we’re in a recession say. At which point the government should be spending more than it collects in taxes in order to stimulate it. Hey, we can believe this argument or not according to how much weight we put on Keynes but it is the way that absolutely every government and central bank model works. We’re not in a recession, we have 50 year record lows for unemployment, 50 year near record highs for the population to employment ratio, we’ve just not sitting here with some vast amount of labour resources that stimulus could or should put back to work.

We might have been, back in that recession, but we’re not now.

The other important meaning – other than not enough is being spent upon me and my mates – is that government’s just not taking enough of the economy to be able to run a government properly. This also rather fails:

The tax burden on British households and businesses has reached a 50-year high, analysis shows. Britain’s tax bill has hit a new high of 34.6  per cent, smashing through the 34.3  per cent of gross domestic product (GDP) seen in the early Sixties, according to historical data analysed for The Telegraph by the TaxPayers’ Alliance. It was as low as 32.7  per cent as recently as 2015.

We’re not, by any of our own historical comparisons, in a low tax economy. We’re in, by our own historical standards, in a high tax one. And one where there’s no unused resources argument for borrowing to stimulate. We’re simply not in austere times, we’re neither enjoying nor suffering austerity.

Which rather does beg the question well then, what the hell is happening? A goodly part is that simple whining. Less money for diversity advisers – and why not, this is rather what we change governments to do, change the balance of spending – produces whining from diversity advisers and those who gain from their votes. But there is something more. Over the generations we’ve promised ourselves lots of things from government. Lovely great big public sector pensions for example. The bill for these things is now coming due. That crowds out our ability to spend on things we’d like to decide upon now. We already decided, 40 years ago, where the wealth of the nation was going to be allocated.

Or as some of us have been saying these decades, we cannot afford what we’ve already promised ourselves which waves bye bye to our ability to have anything more.

Worra Dingbat – Why Would We Copy Food Stamps?

Wasting Money On That Last Mile Of Broadband

You What? (In Welsh)

“Or as some of us have been saying these decades, we cannot afford what we’ve already promised ourselves which waves bye bye to our ability to have anything more.”

Unless we, ooh, I don’t know, create multiple inflation measures while borrowing huge amounts so we can inflate away some of those pensions by picking the ‘right’ measure in the right place. Nah, that would never happen…

The snark about diversity advisers is wearing a bit thin imv, especially as the TPA analysis was about central government tax revenues, not local. There are diversity policies in central government but they are more a regulatory burden than a major taxpayer cost. The biggest budget item in government expenditure is of course hand outs to pensioners – the state retirement pension ( above the amount notionally paid in ), the unfunded public sector pensions, pension credit, winter fuel allowance, housing benefit claimed by pensioners, and the greater part of the disability and NHS budgets. We’ve also got add-ons to… Read more » 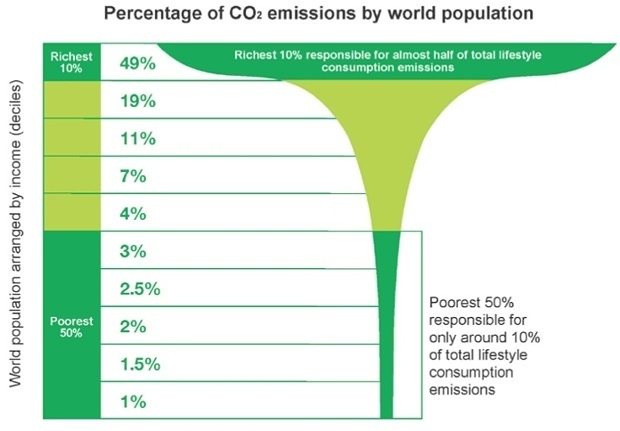 As many of the taxes are paid by the affluent, who have greenhouse gas emissions in the climate horror range perhaps we should reclassify a large proportion of these taxes as fines – fines for screwing up life on Earth.