That headline might be a bit unkind for of course, women do just as much to build a family as their husbands do. Although, honestly, let’s be realistic. It’s Jeff that built Amazon, not Mackenzie. And It’s Mark who built Facebook, not Priscilla. Just as it was indeed Madame Walker, or Sara Blakely, that made the money not any of the men in their respective lives.

All of which makes this rather an interesting article. Because it’s celebrating the manner in which women are becoming larger philanthropists. Philanthropy is good, therefore that’s a fine thing. But it is amusing to see the examples given. The vast majority of which are women giving away money made by the men in their life. Just somehow I take it that giving away the money that you yourself have made at such great effort is a more laudable thing that giving away what has come through happenstance. But maybe that’s just me?

Shortly after her divorce from Amazon founder Jeff Bezos became final, MacKenzie Bezos promised to give at least half of her assets away.

By divorcing the world’s richest person, the novelist and former accountant became the third-richest woman in the world and the wealthiest woman to sign onto the Giving Pledge, a commitment to give away the bulk of big fortunes.

“I have a disproportionate amount of money to share,” she declared. “I will keep at it until the safe is empty.”

MacKenzie Bezos’s commitment to give away at least half of her wealth, about US$17 billion in today’s dollars, marks her as more generous than her ex-husband.

Jeff Bezos has not yet signed the pledge. And he never signaled much interest in giving away billions until the couple jointly made public their plans to donate $2 billion to help the homeless and fund a network of preschools in 2018.

MacKenzie Bezos is the most visible emblem to date of an important philanthropic trend. As a scholar of giving by and for women, I’ve studied how high-net-worth female donors are taking the reins of their family’s giving and, in many cases, charting their own course through philanthropy. Until recently, most have kept their profiles relatively low.

Some of today’s biggest female givers still tend to be overshadowed by their corporate-leader husbands. Although the Bill and Melinda Gates Foundation has always promoted its work as the couple’s joint effort, it wasn’t until Melinda Gates published her 2019 book about her leadership role that her personal efforts to empower and educate women and girls worldwide gained prominence. 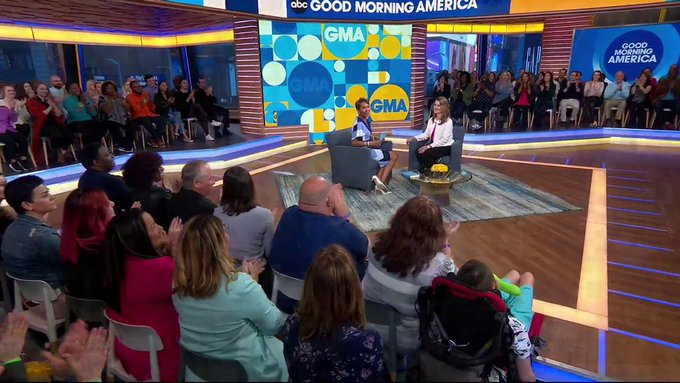 “Equality can’t wait.” @melindagates says her new book “Moment of Lift” is meant to lift women up and fight for equality to help our community.

Similarly, Priscilla Chan, the physician married to Facebook founder Mark Zuckerberg, is the one running the couple’s Chan Zuckerberg Initiative. They founded their limited liability corporation in 2015 with Facebook stock then worth $45 billion. Unlike with a foundation, an LLC allows them to make charitable gifts as well as investments, as well as to lobby and donate to politicians.

Joan Kroc, wife of McDonald’s founder Ray Kroc, took hold of the couple’s philanthropy shortly after they married in 1969. She served as vice chair of the family foundation for 25 years, but that dwarfed the personal wealth she inherited when Ray died in 1984, ultimately giving more than $3 billion away through her estate.

But some of these big donors are self-made women, including the entertainment mogul and actress Oprah Winfrey. Sara Blakely, founder of the Spanx underwear and lingerie company, has also signed the Giving Pledge.

This is hardly a new phenomenon. A century ago, women who became rich through marriage or inheritance were – along with women who earned wealth on their own – also giving back in a big way.

Margaret Olivia Sage, for example, founded the Russell Sage Foundation in 1907 after inheriting $75 million – about $2 billion in today’s dollars – from her notoriously stingy husband and focused on advancing social science and education.

Some of the biggest female givers have also been women of color, affirming recent research that women of equal means generally give more than their male counterparts regardless of race and ethnicity.

Madame C.J. Walker, often considered the nation’s first self-made female millionaire and among the first black American entrepreneurs to amass great wealth, made significant gifts to the NAACP, churches and colleges after making a fortune by inventing hair care products for the underserved African American market.

Men, to be sure, still outnumber women as solo philanthropists. Based on my own tabulations, just 6% of the Giving Pledge signatories are women pledging on their own, versus 37% for men pledging by themselves and 57% couples pledging together.

At the same time, women are involved in about 90% of household charitable decisions, according to the Women’s Philanthropy Institute at the Indiana University Lilly Family School of Philanthropy. The institute’s scholars have repeatedly found that single women generally donate more money on average than single men, relative to their wealth and income, and are more likely to give to nearly every type of charitable cause.

Research has also shown other gender differences in giving. Women are more likely than men to give for more altruistic reasons versus self-interested ones. And they are less interested in having buildings or programs named after them in exchange for giant gifts. In my own research, wealthy women have shared how they are being strategic in their giving through unrestricted and multi-year grants, and increasingly, women are claiming the titles of philanthropist, investor or even donor activist as they use their recognition to encourage others to join them.

MacKenzie Bezos has not yet made public which causes she will fund or indicated when she might do that. “My approach to philanthropy will continue to be thoughtful,” she said in her Giving Pledge statement. “It will take time and effort and care.”

MacKenzie is going to be amazing and thoughtful and effective at philanthropy, and I’m proud of her. Her letter is so beautiful. Go get ‘em MacKenzie. https://givingpledge.org/Pledger.aspx?id=393 …

2,350 people are talking about this

In addition to supporting low-income preschool-age children and the homeless in conjunction with her ex-husband, so far she has made fighting bullying a priority as the founder of Bystander Revolution – a group that produces creative videos.

If she’s like other female donors I’ve researched, Bezos might first study up on the causes she cares about or network with other donors to learn about how to give effectively before making her first solo big gift. Regardless of the cause or the amount, she will be seen as a leader of women’s giving worldwide from now on.

If you have a few billion and a wife, you can let her spend some of it on a bee in the bonnet charity just to shut her up.